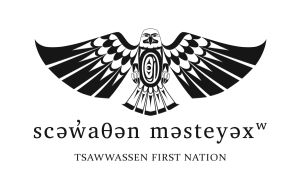 Tsawwassen First Nation (TFN) is a proud Coast Salish nation whose land base is located south of the Fraser River along the Salish Sea. TFN is a modern treaty First Nation under the terms of a Final Agreement with Canada and British Columbia that became effective in 2009. The Tsawwassen First Nation Final Agreement is the first modern urban treaty in British Columbia, and the first to be negotiated through the BC Treaty Commission process.

TFN is now going through a period of revival and renewal as we plan our future and work towards our goal of becoming a strong, self-sufficient and sustainable First Nation for present and future generations.

The Project Analyst II’s main responsibility is to coordinate TFN’s response to major projects in Tsawwassen traditional territory. The ideal candidate will have familiarity with the Tsawwassen Final Agreement, the federal Impact Assessment Act, the provincial Environmental Assessment Act (2018), and the UN Declaration on the Rights of Indigenous Peoples.

The Project Analyst II should also be experienced in Crown consultation and accommodation, as well as with working with proponents.

As this is a new position, the Project Analyst II will have the opportunity to build and advance strategic initiatives in Territory Management (e.g. facilitating inter-departmental approaches to Territory Management, leading cumulative effects related work, articulating valued components).

Working Conditions
Work is performed primarily indoors in an office environment  A combination of office and home-based environments will also be considered for this position.  Off-site travel may be required to attend meetings, committees, conferences and training events.

Wages:
Competitive pay commensurate with qualifications with excellent benefits including enrolment in the BC Municipal Pension Plan

Qualified applicants are invited to submit their resume and cover letter to: hr@tsawwassenfirstnation.com

We wish to thank all interested applicants; however, only short-listed candidates will be contacted for interview.

Pursuant to the Tsawwassen First Nation Government Employees Act, first priority in hiring among qualified applicants will be given to Tsawwassen Members, second priority to spouses (as defined in s. 3 (1) of the BC Family Law Act) of Tsawwassen Members, and third priority to members of other First Nations. If you fall within one of these categories and you wish to have this voluntary information considered as part of your application, please indicate the applicable category in your cover letter.

Other Postings From Tsawwassen First Nation

Receive email alerts, or sign up for our weekly e-bulletin.